Home | Others | ADVERTISING: plus size models found to boost sales

COMPARATIVE tests of TV spots made by US online lingerie distributor Adore Me are said to have shown that advertisements featuring a plus size brunette model sold four times as much merchandise as commercials featuring a group of slim blonde models. The tests also showed that consumers preferred images that had not been retouched and that, in terms of costs:benefits, single models were more effective than groups. In late 2014, Adore Me had announced that its tests had shown that commercials featuring brunette models had proved more effective than those featuring blondes. 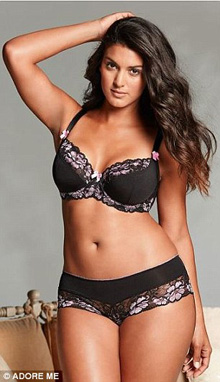 Because the US population includes a higher proportion of Afro-American and Hispanic consumers, who are less likely to be blonde, than is found in the EU, similar tests in Europe could produce different results, although plus size models of whatever hair colouring are likely to prove equally popular.