Home | Others | AMERICAN EAGLE: entry made into Greek market

FOLLOWING an agreement concluded with local distributor Notos Com, US chain American Eagle, that also operates the Aerie lingerie brand for young women, plans to open its first store in Greece during the second half of 2015. Although the chain has opted to concentrate its expansion in Latin America in 2015, it also planes first openings this year in South Korea and Singapore. The new distributor in Greece also represents there a number of prestigious international brands including Lacoste, Ralph Lauren and Cerruti. 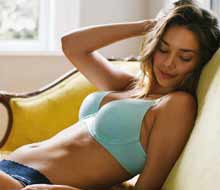 It is probable that, in accordance with its current merchandising strategy, American Eagle will include an aerie shop-in-shop in the new stores to be opened this year.