Home | Others | ASAHI KASEI: special yarns to be shown at PV

FOLLOWING its strengthened presence at the Paris Interfilière salon in early July, Asahi Kasei announced that it will be presenting its Roica elastane yarns and Cupro cellulosic yarns, with the emphasis on the second, at the Première Vision Paris salon in September. New Cupro yarns, to be shown on Stand R91 in Hall 5, include Cupro FF, a micro-fine quality, Cupro DF, an opaque matte filament yarn that offers UV protection and a new staple spun version of Cupro that is specially recommended for underwear applications. To support its new development programme, and the growing demand for Cupro, the company announced a new investment in production capacity, which is being raised by 10 per cent to 16’500 tons a year. This investment complements the 40 per cent capacity expansion that is being made this year at the Roica plant in Thailand. 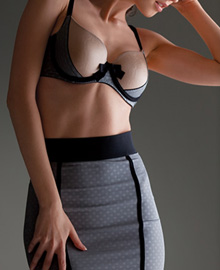 The enhanced promotion of the company’s fibres and yarns reflects a broadened product range that is of greater potential value to producers of bodywear fabrics.