ADDRESSING shareholders at the AGM last week, Billabong CEO Neil Fiske said that his seven-point turnaround strategy was showing signs of success but that it was too early to forecast half-year earnings. He added that progress being made in the US after years of decline was particularly encouraging: first quarter sales there were up by 14 per cent and a second quarter growth of 8 per cent was projected. Later, Fiske said that the company was ready to open new stores right now, after having closed around a third of its outlets during the past three years. 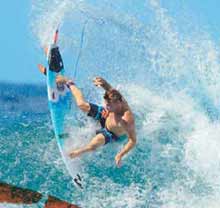 From a near-hopeless situation when its problems came to light, Billabong now seems on the way to recovery.