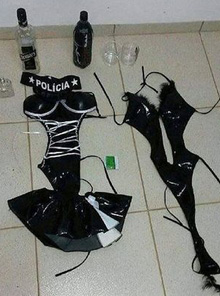 The event puts a new meaning on the expression “women’s liberation”.