MAJOR Italian hosiery and lingerie distribution group Calzedonia said that it plans to open around 20 Intimissimi lingerie stores and up to seven Tezenis stores in 2016. At the same time, the company said that the Calzedonia network had reached a critical size and that, consequently, future efforts would be focused on the growth of its franchising activities. In 2015, Calzedonia sales exceeded for the first time the EUR 2bn mark and generated net profit 37.3 per cent higher than in 2014, reaching EUR 114m. Intimissimi sales in 2015 rose to EUR 634m. The distribution group also confirmed its intention to start opening stores in the US. 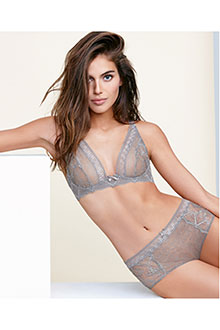 The evolution of the group’s retail networks suggests that lingerie continues to account for a greater share of total sales.