MAJOR Spanish distribution group Cortefiel announced the extension of its retailing operations, which include the Women’Secret lingerie chain, to Cuba, in collaboration with a local partner. The first opening there, scheduled for December 2016, is to be a Women’Secret store in the Kempinski hotel in Havana. 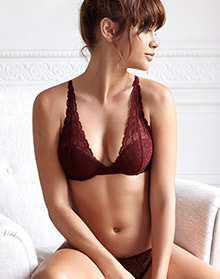 The Cuban expansion is part of the chain’s ambitious plans for international growth in the years to come.