BODYWEAR and activewear salon organizers Eurovet announced that the August 2016 edition of its US West Coast event CurveNV would be staged alongside the Project Womens RTW salon in the Mandala Bay Convention Centre in Las Vegas. While the bodywear salon will have its own entrance, it will also be accessible directly from the fashion outerwear salon, thus creating new business opportunities for visitors as well as for the nearly 200 exhibitors at the bodywear trade fair. 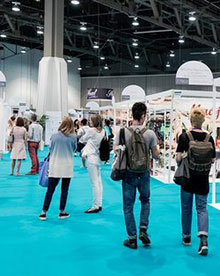 The easier accessibility could well encourage more retailers of outerwear to broaden their assortment to include a selection of fashionable innerwear.