DURING the first nine months of its current fiscal year, sales of Esprit, whose assortment includes innerwear, with some stores dedicated to that speciality, declined by 19 per cent to the equivalent of EUR 1.75bn. In Germany, which accounts for nearly half of the brand’s stores in Europe, sales slumped by 19.8 per cent, against a fall of 21 per cent elsewhere in Europe. Sales in Asia and the USA declined by 13.6 per cent and 17.7 per cent respectively. At 31 March 2015, the chain operated 151 stores in Germany after 16 closures, 187 in the rest of Europe where it had closed four outlets and 550 in the Asia-Pacific area after closing 20 stores there. 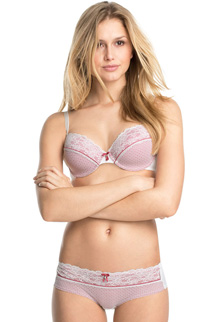 The continuing sales decline in all continents where the chain is present suggests that perhaps the assortment is not evolving in line with consumer expectations.