FOLLOWING a sales decline of 12.5 per cent in China, which could not be compensated by a 3.6 per cent rise in Europe, French distribution group Etam Développement declared consolidated first half sales down by 1.8 per cent at EUR 633.8m. In contrast to earlier recent periods, European sales of the 1.2.3 outerwear chain rose by 0.5 per cent while sales of the Etam and Undiz lingerie chains dipped by 0.2 per cent to EUR 360.1m. 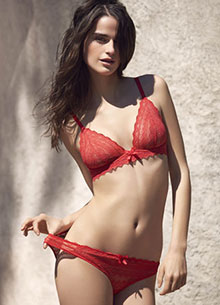 Despite the less than significant dip in lingerie sales, some doubts must remain about the application of group resources to the operation of the 1.2.3 outerwear business.

ETAM: Undiz brand to be developed in Spain