FEARS generated by terrorist attacks, heightened refugee problems and the possibility of Brexit combined to cause EU consumer confidence to decline by 3.2 points in the first quarter of 2016. The trend was reported by the GfK research organisation on the basis of consumer attitudes in the 28 EU countries. The mid-March bomb attack at Brussels airport is said to have had a major negative impact on consumers. 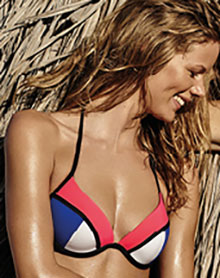 The extent to which the reduced confidence will affect sales of bodywear and legwear remains to be seen. But innerwear is likely to be less affected than the outerwear sector.