A RECENT report from research organisation GfK finds that economic uncertainty is sapping the confidence of European consumers. Its long-running Consumer Confidence Index declined by three points in April 2016 as all the measures used to calculate the index sagged that month. GfK Head of Market Dynamics Joe Staton said: “Mixed-messages about a post-Brexit world and the on-going Eurozone crisis are casting a cloud over our economy. After a continuous 15-month showing of positive numbers in the barometer, April 2016 sees the UK drop back into negative territory with a -3 score. The biggest dent to confidence comes from consumers’ depression about the general economic situation in the UK for the next year, dropping 20 points in 12 months. Against this backdrop, even faith in our personal economic fortunes has taken a battering contributing to the overall fall in the numbers. Trends in confidence show our degree of optimism about the state of the economy and this indicator will make for interesting reading between now and the EU referendum on June 23rd.” 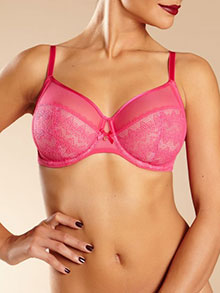 Historically, underwear is less vulnerable to declines in consumer confidence than other types of clothing. Nevertheless, the strength of the negative impact of a possible Brexit could well cause demand for lingerie to weaken.