GERMAN bodywear brand Felina, that was acquired in 2015 by private equity concern Palero Invest, is reported to be again in talks with potential new investors. CEO Daniel Tykal admitted to the local trade press that he had been contacted by a possible buyer but added that there was no current plan to sell the company. 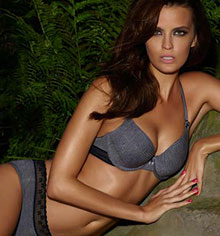 Should there indeed be a sales approaches being discussed, that would suggest that Palero Invest has had second thoughts about the brand’s growth prospects.