DATA collated by the Institut français de la mode (Ifm) showed that sales of clothing in France rose by 2.5 per cent by value in February, following a 1.1 per cent setback recorded in January that was attributed to terrorist attacks. Department stores (+10.8 per cent) benefited most from the revival, followed by home shopping channels (+6.5 per cent) and popular price stores (+6 per cent). Losers included independents (-0.3 per cent), specialized chains (-0.7 per cent) and supermarkets (-2.6 per cent). 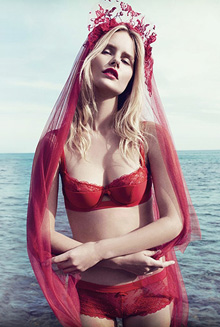 The exceptional performance of department stores and strong sales of home shopping channels suggests that sales of branded apparel, including intimate apparel, remained at a satisfactory level despite the disappointing sales of independents and specialized chains.