POSSIBLY as a result of the summer clearance sales that began in the last week of the month, French clothing consumption in June rose by 1.7 per cent against the same month in 2014, when it had risen by only 0.2 per cent. The statistics published by the Ifm showed that department stores benefited most from the upturn in demand as their sale rose by 7.6 per cent, albeit partly as a result of the tourist trade. Hypermarket sales dipped by 2.9 per cent, however. Despite the positive June results, first half consumption still lagged by 0.8 per cent the same period a year earlier. 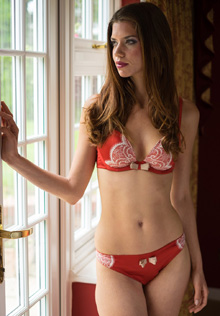 To date, there are no clear signs of improved consumer confidence in France and consumption figures may well continue to disappoint for some time yet.