RELEASED prior to the opening of the January 2016 edition of the S.I.L., a report prepared by organizers Eurovet valued the French lingerie and legwear markets at EUR 3.5bn, which showed a marginal decline of 0.4 per cent against the preceding year. The decline was attributed to sales of legwear since sales of lingerie alone rose by 1.7 per cent year-on-year, to EUR 2.8bn. Average spending on lingerie and legwear by French women rose by less than 1 per cent in 2015, to EUR 131, of which EUR 101 was accounted for by lingerie, against EUR 98.6 in 2014. Young women, from 15 to 24, spent most on lingerie and legwear with an annual budget that was 10 per cent higher than in 2014 at EUR 188. 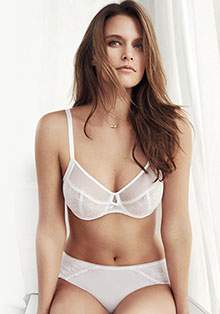 The higher value of lingerie sales, achieved despite a lack of improvement in the rate of unemployment, indicates the extent to which lingerie is appreciated by French women.