Summary of news published since Week 23-2016

CHANGE may well be the only constant in the fashion industry but, all too often, it is seen as a hassle or a risk. The potentially high cost to industrial users of quality defects or of poor delivery performance makes fabric producers hesitant to change yarn suppliers and causes clothing manufacturers to think twice before placing substantial orders with a new supplier of fabrics. The same fears apply to all links of the supply chain and the resulting sales resistance can be overcome only by the optimum mix of price, quality and fashion content. As regards intimate apparel, essential elements of the mix also include comfort, function and hygiene, which add to its complexity. Under such circumstances, brands can win sales by convincing retailers and consumers that they are committed to change, and particularly to change as applied to improving the product.

UK RETAIL sales of clothing rose by 1.4 per cent in May, partly thanks to higher demand for swimwear, according to figures published by BRC-KPMG Sales Monitor. The May consumption growth is said to be in line with the 12-month average of 1.5 per cent. But BRC Chief Executive Helen Dickinson warned that the uncertain outlook in the UK is likely to cause consumers to remain cautious. 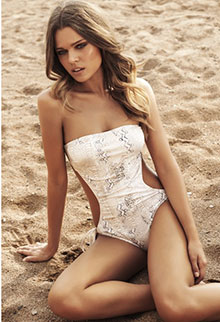 It is possible that consumers may reduce their spending on lingerie to compensate for higher purchases of beachwear.

COMMISSIONED by the Mode City and Interfilière salons, a research project completed by IPSOS relates to the attitudes of French women towards sport and lingerie. It finds that walking and hiking (44 per cent) are the most popular sports, followed by fitness and indoor sports (33 per cent) and running (21 per cent). It also finds that women buying sports gear attach greater importance to their sneakers (48 per cent) than to their bras (17 per cent) or leggings (14 per cent). Almost all women agree that comfort is the most important criterion when buying lingerie (99 per cent) or swimwear (96 per cent). Click here to access more details of the study findings. 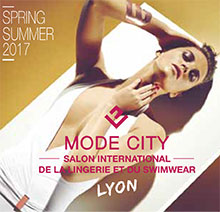 None of the findings are totally unexpected but the survey is valuable because it serves to identify and quantify important consumption trends.

RANKED among the most important Italian and European suppliers of fabrics for the bodywear sector, Piave Maitex revealed the first details of its new collection for A/W 2017/18 that will be shown at the Lyon Interfilière salon in July 2016. The new range includes three families of new fabrics as well as a collection of printed lingerie fabrics that features four design themes. Click here to access a presentation of the new collection. 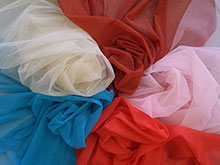 The unusually broad variety of fabric types and design directions featured in this collection brings the company close to providing a one-stop shop for day and night lingerie manufacturers.

GERMAN bodywear brand Felina, that was acquired in 2015 by private equity concern Palero Invest, is reported to be again in talks with potential new investors. CEO Daniel Tykal admitted to the local trade press that he had been contacted by a possible buyer but added that there was no current plan to sell the company.

Should there indeed be a sales approaches being discussed, that would suggest that Palero Invest has had second thoughts about the brand’s growth prospects.

DISTRIBUTED by traditional wholesale channels since its foundation in 2007, French lingerie brand Les Jupons de Tess is to open an online store during the current month. The brand said that, together with its department store presence, the e-commerce site will complete its coverage of the French market. It adds that its 150 retail points of sale includes stores in 25 countries. 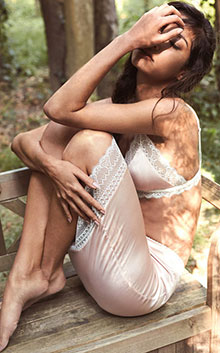 Like all brands with a traditional distribution network, Les Jupons de Tess will need to allay its retail customers’ fears of unfair competition from its online store.

CREATED in 2004 under the label CariocaCollection, the Corsican swimwear range adopted a new name. The S/S 2017 collection that will be presented at the Mode City salon in Lyon next month will now be labelled Calarena, after a beach near Porto Vecchio. The name change was prompted by a desire to differentiate the luxury brand from lower cost collections imported from Brazil and to stress its European origins. The name of the brand’s four retail stores, in Corsica and France, is also being changed. It is hoped that the new name will also help export sales to grow, by an expected 50 per cent. 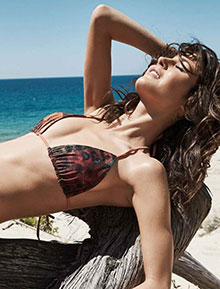 The promotional initiatives that are to be taken to publicize the change of name promise also to make the collection better known in a number of markets.

THE MEN’S wear label Baldessarini operated by Ahlers in Germany added underwear to its product range following a licensing agreement with Ceceba Bodywear that will produce and distribute the new collection for A/W 2016/17. The five-year agreement also covers nightwear and loungewear and retail prices range from EUR 23 to EUR 60. Production will be entirely within Europe. 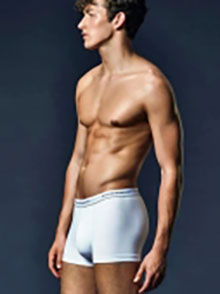 Because Ahlers is present on more than 3’000 points of sale in Europe, it is probable that the new underwear collection will generate a substantial sales volume.

YOGA and fitness wear specialist Lululemon declared first quarter results that showed profit down by 15 per cent, to CAD 57.6m on sales that were l7 per cent higher than for the same period a year earlier. The stronger sales are attributed partly to higher sales in Europe where the company opened a new showroom in Paris to complement showrooms in London and Hamburg. Another European showroom is scheduled to open in Zurich around mid-July 2016. 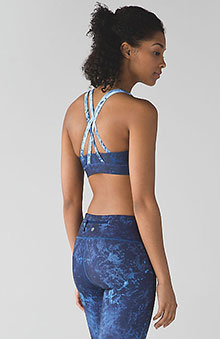 Although analysts started predicting a weaker performance many months ago, it is only now that a negative trend is being shown by actual results.

OWNERS Van de Velde announced that operations of lingerie chain Rigby & Peller in the US are to be directed by Ginny Gerard. Ms Gerard was formerly VP Marketing for North America with French luxury tableware distributor Christofle. 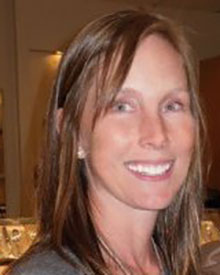 SPANISH distribution group Cortefiel, that operates the Women’Secret lingerie chain among others, named Miguel Ibarrola as its new President following the resignation from that post of Javier Campo. Ibarrola was CEO of the *- group that operates restaurant chains.

AFTER having been imprisoned for offences including rape and domestic assault and battery, a man in Oklahoma City was found guilty of stealing panties from a university on-campus housing facility. Surveillance cameras recorded the man’s panty thefts on three successive nights.

All will agree that, on social and moral grounds, stealing panties is relatively less reprehensible than rape. This suggests that whatever remedial action may have been taken while the man served his term in jail had some degree of effectiveness.