Summary of news published since Week 42-2016

ALTHOUGH the launch of a totally new synthetic fibre is a very rare event, all major fibre companies devote much of their R&D activities to the development of improved versions of their existing products. One product of such development work, the ATS technology announced by Nilit, represents a major innovation and promises to make synthetics in general and nylon in particular more acceptable by consumers. In several respects, cotton still represents the comfort and well-being benchmark against which synthetics are assessed by consumers. Consequently, the improvements featured by ATS fibres represent an important competitive advantage that merits the close attention of all fabric and garment producers. 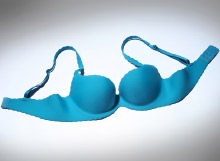 The fast and efficient production process also allows manufacturers to reduce production lead times and to speed deliveries while reacting quickly to changes in fashion trends.

CONCEIVED to allow textile and clothing firms to create their own online library of print designs, the Drawy.eu platform also provides protection against design theft. Once a member has created a design library, the whole or part of the contents can be accessed by selected customers, creating a channel for the online sale of print designs with protection against fraudulent copyists.

The service could prove most valuable for brands with collections that rely on print design for their originality.

ACCORDING to research concern Market Reports, the global market for hosiery is expected to grow at a CAGR of 4 per cent in the five years to 2020. The predicted increase in sales is attributed to consumers looking for improved quality, durability, fit, style and glamour when purchasing hosiery products. Higher sales by e-commerce platforms is also cited as a contributory factor. 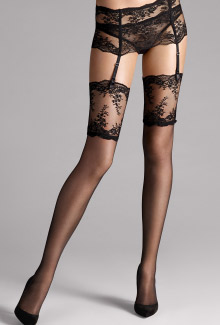 The predicted growth should allow successful brands to raise their sales by a substantial proportion during the period.

THE SPECIAL air jet texturing technology developed by Nilit and promoted under the ATS (Air Textured Soft) label is to be the highlight of the company’s stand at the Performance Days event within the MTC World of Fashion event. This is to be staged in Munich on 16 and 17 November 2016. The technology confers exceptionally light, airy softness on nylon 6.6 yarns, making them softer than cotton while retaining their fast drying performance and durability as well as longer-lasting suppleness. The ATS technology is applied not only to fashion yarns but also to Nilit’s performance yarns such as Nilit Heat that provides natural thermal insulation or Nilit Breeze that offers cooling action. 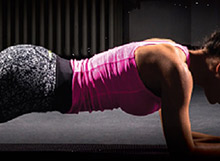 THE ATS technology promises to eliminate or to minimize the critical comments made about nylon by supporters of natural fibres.

CONFIRMING yet again its 12 years of commitment to sustainability, Italian fibre and yarn supplier RadiciGroup published its Sustainability Report 2015. Among a wealth of other information, the report notes that the Group invested over EUR 30m to support Group company competitiveness and that parent company Radici Participazioni achieved ISO 9001:2015 certification. 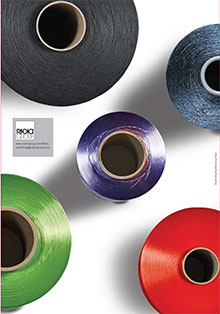 It is possible that other fibre companies are making comparable efforts to support the environment but their failure to communicate leaves the Italian group a clear winner in this field.

RADICIGROUP: 2015 sales volume up by 3 per cent

RANKED among the most important Italian suppliers of bodywear fabrics, Piave Maitex released details of its new collections of beachwear fabrics for S/S 2018 and lingerie printed fabrics for 2019. The ranges include new plain fabrics as well as Studio beachwear collection for 2018. Click here to access more information of the new ranges in words and pictures. 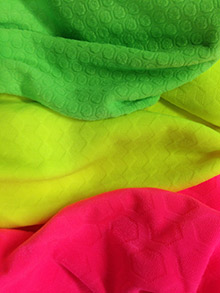 The new range will be on view for visitors of the MarediModa salon in Cannes from 8 to 10 November 2016.

UNDERWEAR multinational HanesBrands said that it is preparing to invest EUR 1.3m on restructuring its operations in Spain, where its Abanderado brand of underwear is a market leader. The investment is being made through its local subsidiary Hanes Commercial Europe that was founded in May 2016. 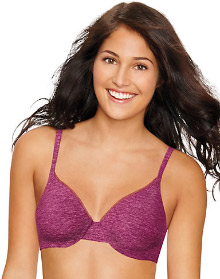 Rival brands in Spain can expect keener competition there from the US underwear giant.

SPECIALIZING in smaller bra sizes, from AAA to B cups, UK concern Little Women is making a bid to enter the Chinese market , where the average bra size is three sizes smaller than in its home market. The sales drive is to benefit from a UK trade mission to China and Hong Kong that is organized by private sector sponsors in the UK. 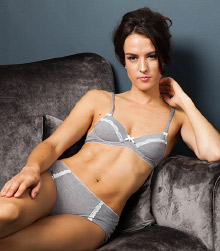 The sales drive could allow UK brands to win a sales advantage in China from competing labels elsewhere in Europe.

HITHERTO distributed exclusively through its online store, US lingerie start-up Adore Me concluded a distribution agreement with New York-based department store Lord & Taylor. The lingerie brand was recently listed ninth in a ranking of the top 50 fastest-growing companies in New York city as its sales rose to USD 42.7m in 2015 from USD 1.1m in 2012, although it has yet to generate positive results. 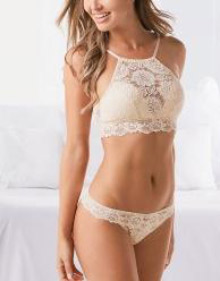 It will be interesting to see whether a strategy that favours sales growth at the expense of profitability pays off in the longer term.

ADORE ME: physical store to open in New York

A STAKE of 36.5 per cent in the capital of French underwear brand Le Slip Français was acquired by Experienced Capital Partners. Currently, men’s underwear and swimwear account for 95 per cent of the brand’s sales but a comprehensive range of women’s garments is to be launched for S/S 2017. The online store of Le Slip Français now accounts for 70 per cent of annual sales that reached EUR 3.6m in 2015 and are expected to rise to EUR 8m in 2016. The new cash is to allow the brand to strengthen its distribution in France and later to expand into other markets, including the UK, Germany and Japan.

Because the word “slip” has an entirely different meaning in French and English, the brand name could hinder the planned growth of sales in the UK.

CREATED by former Victoria’s Secret executive Michelle Cordeiro Grant, lingerie brand Lively said that it has raised further funding of USD 4m from different sources of capital, bringing its total funding to USD 5.5m. Launched in April 2016, the brand said it was shipping to 50 states and 44 countries within three weeks of starting its activities and is generating double-digit growth month after month. 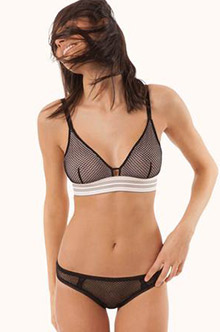 If the rate of growth can be maintained, the brand could soon join the ranks of major players on the US lingerie field. It could also begin to develop global sales opportunities.

FRANCE-based European distribution group Etam declared Q3 results that showed sales down by 4.4 per cent year-on-year at EUR 290.5m. While European sales inched upwards by 0.4 per cent to EUR 2015.4m during the quarter, sales in China slumped by 15.5 per cent in like-for-like terms, to EUR 75.1m. The disappointing performance in China is attributed to weak sales in department stores. 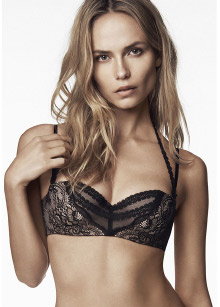 The slow improvement of performance in Europe is attributed mainly to weaker demand for outerwear.

ETAM: Undiz brand to be developed in Spain

ISRAELI bodywear giant Delta Galil announced the appointment of Paola Schneider as Chief Executive Officer of its Premium Brands. Most recently, Ms Schneider held a key position with American Apparel and before that with Warnaco Swimwear Group.

THE NEXT edition of the swimwear fabrics exhibition MarediModa, in Cannes from 8 to 10 November 2016, will feature a presentation focusing on athleisure. Speakers include Mr Dandapure of Lululemon, the brand that launched the global trend. With 101 exhibitors and the highest number of pre-registered visitors since 2008, the event promises to be the most important ever.

The show is now firmly established as an unmissable feature of the annual swimwear scene.

A LONDON landlord is reported to be offering a free room to a girl who is willing to give her worn underwear to other tenants. 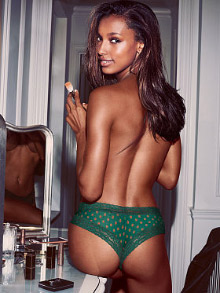 This could prove an attractive deal on a daily basis if it involves only cheap cotton panties bought in packs of three. But girls who prefer prestigious brands of lingerie might wish to consider alternative options.