Summary of news published since Week 40-2016

WITH a high level of incidence, since it threatens one woman in eight, breast cancer is one of the major hazards facing women everywhere. While early detection and appropriate remedial action allow chances of survival to keep improving, the availability of garments designed to facilitate treatment also makes a significant contribution to a successful outcome. Consequently, the radiotherapy bra described here this week represents a potential generator of high volume sales. Its special features represent only one approach to effective performance, however, and there may well be others that can be exploited profitably. Bra makers that develop other effective approaches can look forward to very substantial rewards and further research and development in this field promise a substantial return on investment.

ALTITUDE: new salon to be launched in USA

PROVIDING a basic overview of the sector, a report titled Global Online Lingerie is available from AbsoluteReports.com. The report identifies several important factors, starting from the basics to advanced market intelligence that plays a crucial part in strategy development. It also investigates new projects feasibility for potential new players. 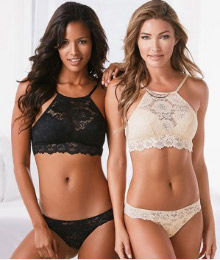 Even management that generally considers itself well informed could benefit from additional inputs that could improve its overall appraisal of the national and global situation.

DISTRIBUTED by Technavio, a new study titled Global Swimwear Market 2016-2020 predicts that the market will expand at a CAGR of nearly 6 per cent during the forecast period. The report also includes an up to date analysis and forecasts for various market segments and all geographical regions. To request a sample report, go to: http://www.technavio.com/request-a-sample?report=53656 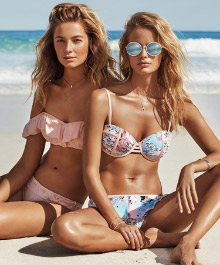 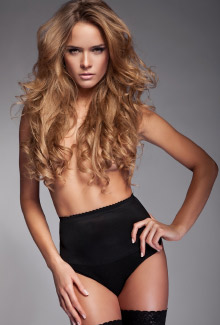 STILL in the process of recovering from its failure, major Spain-based international supplier of stretch bodywear fabrics Dogi said that it had reduced its first half loss to EUR 254’000. During the period, its sales had dipped by 6 per cent to EUR 20.6m. A year earlier, the company had declared a loss of EUR 1.2m. Its current strategy aims to raise the confidence of its customers, exploit its potential for creativity and develop a clear strategy of service. 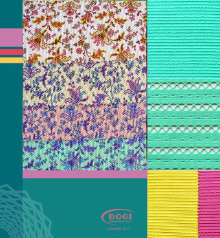 Indications are that, despite its recent problems, the group is destined to become an ever more important player on the bodywear scene.

RANKED among the leading Italian producers of knitted fabrics, Eurojersey revealed its design trends for 2018 Sensitive® swimwear fabrics. The collection comprises four themes, each interpreted in different colours and an equal number of print designs. The stretch is provided by Lycra Xtra Life, a stretch fibre engineered specially for swimwear applications. Click here to view the themes and descriptions.

The presence of Lycta Xtra Life protects the stretch and recovery of the fabric for longer when exposed to chlorinated pool water and other conditions that threaten elastane yarns.

KOREAN fibre company Hyosung announced that it is planning to invest EUR 27m in further capacity expansion for its creora elastane yarn. Elastane annual capacity in Turkey is to be raised to 25’000 tons while a new facility is to be built in China with an annual capacity of 16’000 tons. 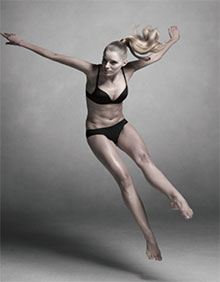 The planned expansion will help to maintain Hyosung in its situation as the largest world producer of elastane fibre. 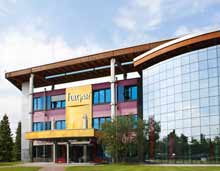 The confirmation promises to boost sales of Fulgar to customers that place particular importance on the environment and sustainability.

IN COLLABORATION with Sheffield University and Sheffield hospitals British bra brand Panache developed a radiotherapy bra that increases accuracy of treatment, improves patient comfort and helps patients to maintain dignity. The bra allows accurate positioning of the breast and eliminates the need for the tattoo marks normally required to aim the radiotherapy beam. The greater accuracy obtained also allows the dose of radiotherapy to be reduced. 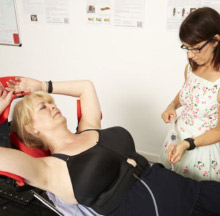 Statistics indicate that one woman in eight is likely to develop breast cancer, which creates a huge market for a purpose-designed bra.

US LINGERIE brand Hanky Panky started to develop seriously its distribution in France. Through its Spanish agent Sandra & Co., the brand appointed the first two French sales representatives in July 2016 and some 80 new specialist retailers are proposing the label this autumn. A pop-up store is also opening on 17 October in the Le Bon Marché department store in Paris. The sales force and distribution network is planned to expand further in 2017. 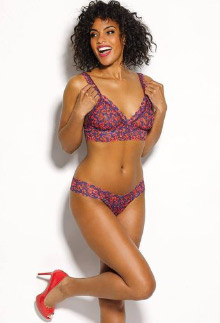 Conceived with the objective of prompting impulse purchases by consumers, the Hanky Panky collection is expected to achieve rapid sales growth in its new market.

FOLLOWING the appointment of Inprivet as its new distributor in China, British lingerie brand Bluebella expects its sales there to rise considerably. Inprivet said that its sales of the UK brand in China are expected to exceed the volume of US and European sales within the coming five years. Meanwhile, the UK brand said that it had recently launched a big autumn sales drive in the US following the appointment of agents on both the East and West coasts. 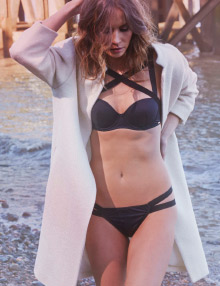 In contrast to some of its competitors in Europe, the British brand appears determined to exploit optimally its opportunities in world markets.

THE LINGERIE chain branded Oysho, which is operated by Spanish distribution giant Inditex, is extending its network to Indonesia. The chain announced that it is preparing to open its first store in Jakarta before the end of October 2016. The 300m2 store located in a shopping mall will propose the brand’s full range of merchandise. 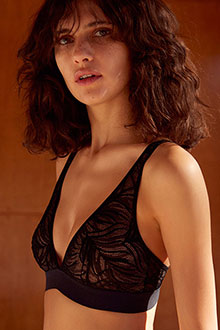 The launch of Oysho in Indonesia complements the other Inditex brands already present in that market.

DISTRIBUTION giant Cortefiel that operates the Women’Secret lingerie chain announced the promotion of Eva Romeo to the post of General Manager of the business. Ms Romeo brings to the post 20 years of experience in the business acquired during her rise through the hierarchy. 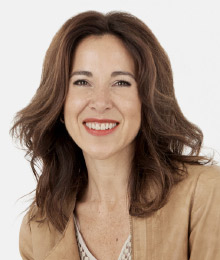 A LEADING European bra brand, Triumph announced the appointment of Andreas Schmidt to the new position of Head of Wholesale for Europe and North America, effective 31 October 2016. Schmidt is currently VP of International Sales with fashion concern Gerry Weber. 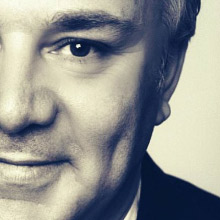 THE FOURTH edition of the Riviera by Mode City salon, in Cannes on 4 and 5 September 2016, featured 130 brands, against 170 a year earlier. Attendance also declined, by 12 per cent, with French visitors accounting for 82 per cent of the total. The organizers said that visitors from other countries, mainly Italy and Spain, remained stable at 18 per cent. 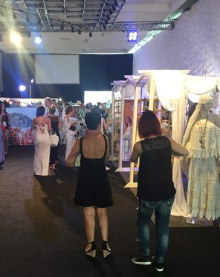 The show that targets retailers in the Mediterranean area was intended to serve buyers in the region who found it difficult to visit the main S.I.L. trade fair in Paris.

THE ASIAN edition of the bodywear fabric show, named Interfilière Shanghai, is to feature activewear more prominently than in the past. The event, which takes place on 12 and 13 October 2016, will dedicate the Mouv’ Innovation Forum to fabrics created for five popular sports: Swimming, Yoga, Fitness, Cycling and Running. Fabrics and information panels will demonstrate all the performance factors required from fabrics intended for these end-uses and will feature all the technologies that contribute to specialized performance. The trade fair will also provide a Prototype Fashion Show to deliver new messages for innovative athleisure fabrics. 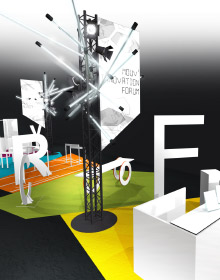 The information provided promises to be of considerable value for distributors as well as for manufacturers.

MAJOR European salon for beachwear and intimates MarediModa bestowed its Creative Excellence award on the Anita brand in Germany and the Lise Charmel label in France. The Award is a recognition attributed to international brands that have built and consolidated an image of excellence through the years.

The importance of the salon promises to make the award a valuable aid to the sales promotion of the honoured brands.

ALTITUDE: new salon to be launched in USA

TO BE STAGED in Las Vegas on 3 and 4 April 2017 under the title Altitude Intimates, a new lingerie trade show is announced in the USA. Many of the initial exhibitors appear to be fugitives from the established ILS salon, also in Las Vegas. 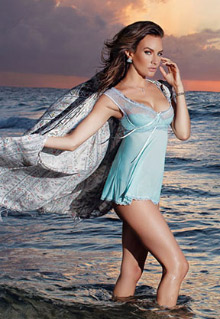 Initially, trade buyers will need to visit both shows but it will not be long before one gains ascendency over the other.

A MAN in New Jersey attempted to make his own swimsuit using clear plastic foil that proved totally transparent. He was arrested on a charge of lewdness following complaints by other beach users. 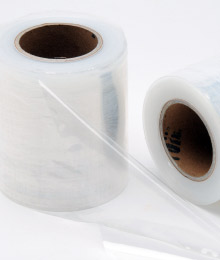 Other bathers planning to make their own swimwear in alternative materials are advised to use opaque bin liners. Since these are often black, they have the additional advantage of making a fashion statement.