PRODUCED in Poland by the Ferax concern, the Gatta branded range of hosiery and bodywear for men and women is being developed into a retail franchising concept by the Gatta Italia subsidiary. Currently with 20 franchised stores in Italy, the brand expects to open another 40 to 50 franchises there this year. Further expansion is being planned in the USA and in the Middle East, where the first store was opened in Dubai. The objective is to open some 500 stores worldwide within the coming eight years. 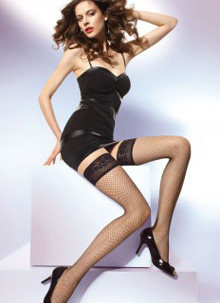 The planned expansion, as well as the growth prospects of other bodywear and legwear chains, threatens to make life ever harder for independent specialists and small chains.