Home | Others | GERMANY: knitting and underwear sectors are under pressure

GERMANY: knitting and underwear sectors are under pressure

FINDINGS of a survey of the business climate in October published by the Gesamtmasche trade association for knitters and underwear manufacturers showed that companies were entering the winter season with reduced expectations as their business activity was weakening. Although 88 per cent of firms said they were satisfied with their export performance, most reported weakening demand in Europe, although the China and Middle East markets were seen as promising. Regarding the home market, a quarter of companies expected the volume of orders to decline while only 12 per cent predicted some growth. In the third quarter, the business climate index for the knitting sector suffered a loss of 24.42points, to -4.88 points, while the index for underwear declined by 10.2 points to 10.5 points. 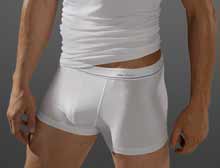 It seems that German opposition to most measures suggested to revive the economies of other large markets in the Euro zone is now causing the country’s own economy to slow, which bodes ill for the coming year or two.