ACQUIRED in 2010 by Eveden, which was itself acquired by Wacoal in 2012, long-troubled swimwear and lingerie brand Huit went into administration in early April 2016 after having declared a 2015 net loss of EUR 2m on sales of 6.2m. According to CEO Patrick Bordessoule the brand’s poor performance was due partly to a 2 to 3 per cent decline in French bodywear consumption and partly to its lacking a dedicated online store. He added that negotiations had begun with several potential buyers of the business and that deliveries of the 2016 range had been completed. 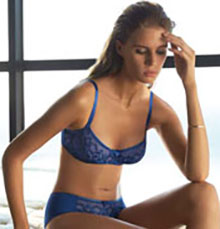 Founded in 1968, the brand should have accumulated sufficient recognition and consumer loyalty to allow viable operations to be resumed.