THE LATEST new opening being prepared by the Hunkemöller lingerie chain marks a further expansion in major German cities. The Dutch chain, which ranks among the largest in Europe with 197 outlets in Germany alone, is reported to have signed a lease on a 200m2 location in the central district of Dresden. The Dresden store is expected to open early in 2015 and follows the opening at the end of October of a new store in a prime location in Siegburg. 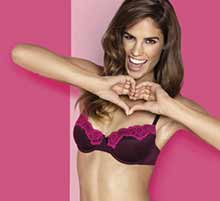 As a private company, the chain is not obliged to publish details of its results, but its steady expansion over the year, and the larger area of its recent openings, suggest that its operations are very successful.