ACCORDING to a report published by the National Institute for Statistics (Istat) under the title Italy’s Economic Outlook, the country’s economic prospects are showing signs of improvement. The estimate of 2015 GDP has been revised upwards by 0.2 points to 0.7 per cent while GDP growth for 2016 and 2017 is now predicted to reach respectively 1.2 per cent and 1.3 per cent, mainly as a result of lower unemployment and an associated rise in consumption. 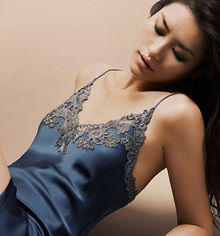 Presumed pent-up demand for bodywear could well start to boost consumption of underwear, swimwear and hosiery as from the second half of 2015 after several years of flagging sales.