THE LEADING Canadian chain of women’s innerwear and swimwear stores, La Vie en Rose, that acquired the failed Bikini Village swimwear chain in March 2015, opened its first store in Central America. The new store in Panama opened on 20 May and the chain expects to open four more new stores there in the near future. It also plans to expand into other countries in South American soon while strengthening its presence in Asia. International General Manager Alessandro Caruso said that the chain has planned 23 new openings in the coming 12 months and expected to double its sales within three years, after having doubled turnover in the preceding five years. Currently, the chain operates nearly 230 stores in Canada and over 90 stores in 18 other countries. 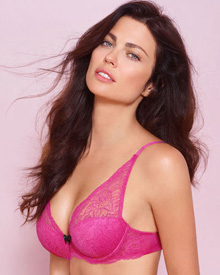 The importance of the chain’s operations in Canada and the considerable potential it is exploiting in world markets makes its private label collection a prime sale target for bodywear fabric suppliers.