CREATED by Livy Lisa Chavy, who is artistic director of the Undiz range distributed by Etam, a new lingerie collection is to be launched in France under the Livy label. Priced at around EUR 130 for a bra and briefs set, the range is described as affordable luxury and features three lines: fashion-forward and innovative New York, chic and couture Paris and relaxed slow-life Los Angeles. Although first deliveries are to be made for S/S 2017, wider distribution, including the start of export shipments, is planned for the second half of the year. Creative inputs are said to be multinational and it is hoped to develop export sales rapidly. 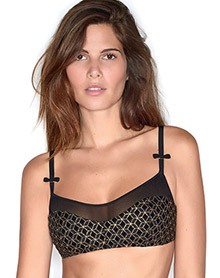 If the new label exploits the full benefits of the Etam supply chain, it could well become rapidly established in several European markets.