FOLLOWING its first failure in 2008, French Leavers lace producer Noyon Dentelles is again seeking protection from its creditors after a slump in sales. Turnover had tumbled to EUR 15.5m in 2015 from EUR 18.3m in the preceding year. According to CEO Olivier Noyon, the decline in sales that had begun in 2015 was continuing in 2016, with an expected annual reduction of 10 per cent. 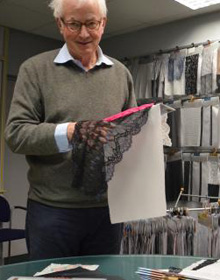 A combination of factors, including keener Asian competition and improved design capacity of the Raschel lace technology, continues to make life difficult for Leavers lace makers.