FRENCH lingerie chain RougeGorge, that formerly operated under the Cannelle banner, told the trade medium Toute la Franchise that it had opened 20 points of sale in 2014 and aimed to maintain that rate of growth in 2015 and beyond. Currently with a network of over 160 franchised stores, the chain ranks among the largest in Europe although present only in France and Belgium. The mix of fashion and value provided by its private label collection, as well as the professional qualities of its sales staff, are particularly appreciated by consumers. 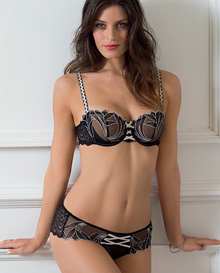 With an online shop complementing its physical stores in France, the chain will soon be nearing saturation point in its home market. This could mean that it will start to seek expansion opportunities in other countries.