A BRITISH bra fitter who researched the origins of bra sizing data found that the bra sizing system still used today was developed from blouse sizes that were themselves based on male military uniforms worn during the first world war. The Daily Mail newspaper that published the news on its online edition quoted a consultant plastic surgeon saying that women back then were slimmer and probably had a more boyish figure whereas women today are known to have a fuller figure. Another expert researcher found that the cup-sizing system was never designed for application to sizes larger than D. 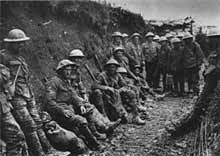 These findings suggest that many more bras would fit correctly if the sizing system and grading rules were updated in the light of current measurements to reflect the global trend towards larger breasts.