Home | Others | STANCE: socks brand to expand into underwear

AFTER raising USD 50m from two separate venture capital sources, California-based luxury sock brand Stance is responding to customers’ suggestions that it should expand into underwear. The first season’s output of men’s underwear is said to have been bought outright by a national retail chain. Later a range of women’s innerwear is to be launched. Part of the cash raised is to be used to open six retail stores within the coming 12 months; all will be different and will be used as test outlets to determine what works best on a larger scale. Over the past four years, Stance has sold more than 15 million pairs of socks, including cashmere socks, at an average price of around USD 13,50. 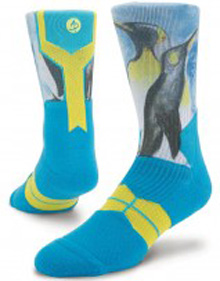 Ever since the dotcom bubble at the start of the 21st century, venture capital firms have tended to favour hi-tech start-ups. Consequently, the Stance business plan must have proved particularly impressive and the brand can be expected to make an appreciable impact on the innerwear scene.