Home | Others | SUPREME: next edition to demonstrate growth

SUPREME: next edition to demonstrate growth

THE NEXT edition of the Supreme Body & Beach salon, in Munich from 28 February to 1 March 2016, will expand into the second floor of the exhibition hall for the first time for a winter edition. The expansion is made to accommodate the growing number of exhibitors. Organizers The Supreme Group said that the show would feature 390 collections and include 15 new exhibitors. 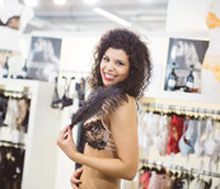 Currently a must for German trade buyers of bodywear, the event could well develop into an alternative international forum like the Igedo bodywear show once was.

SUPREME: major brands to show at next edition

SUPREME: next edition is fully booked