CREATED in Paris by Brazilian designer Tharita Maria de Oliveira, who started her fashion career as a model for YSL, swimwear brand Tharita announced that it is seeking premises to open a wholesale showroom in order to boost its expansion. At the same time, it launched its S/S 2016 collection under the Pin-Up theme inspired by the ’70s look, tropical shades of orange as well as black and white, but with a clean and modern cut. The range, which is produced in Brazil, is currently distributed through major department stores in Paris and London and has attracted much comment in leading fashion media. 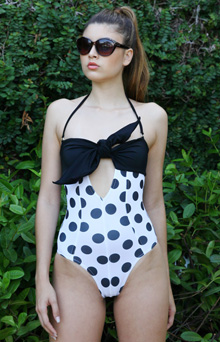 The wholesale showroom, when found and in operation, promises to allow the brand to expand its distribution through multi-brand retailers and chains.