FUNCTIONAL underwear brand Under Armour announced the creation of a subsidiary in Spain. Directed by Jens Ullbrich, formerly Brand Manager of Reebok in Spain and Portugal, the new company intends to establish the brand in Spain through the opening of retail outlets there. It expects to generate sales of EUR 12m in its first year of operations, and to raise turnover by 25 per cent in each of the three following years. 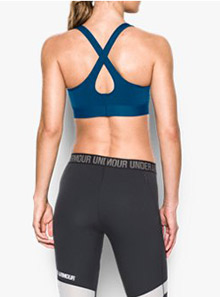 The enhanced presence of the brand in Spain promises to provide keener competition for rival labels already established there.

UNDER ARMOUR: first move made into Italy

UNDER ARMOUR: growth in Europe accelerates