LUXURY lingerie and swimwear concern Van de Velde reported like-for-like consolidated sales for the first half of 2015 up by 8.2 per cent to EUR 113.4m. Wholesale sales for the first half rose by 8.2 per cent and the company added that forward orders for the second half were higher than in 2014. Although sales of the Intimacy retail chain in the US continued to weaken, the strength of the USD produced an advance of 16.9 per cent in sales expressed in Euros. Like-for-like retail sales in Europe rose by 3.8 per cent thanks to strong demand in Germany and the Netherlands. More details of first half results are to be published on 28 August. 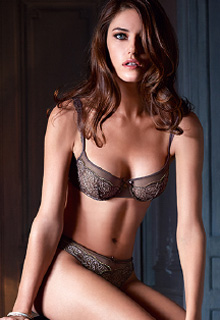 While their design and quality played a decisive role in raising sales, the company’s brands also benefited from the still strengthening demand for luxury merchandise.