FINDINGS of research conducted by The NPD Group have shown that consumer loyalty is a key element of the success enjoyed by the Victoria’s Secret lingerie chain. Although customers of the chain also shop elsewhere, an estimated 85 per cent of their lingerie spending goes to the chain that dominates the US market. NPD Group Chief Analyst Marshal Cohen commented: “The exclusive and differentiated merchandising mix that Victoria’s Secret offers shoppers has led to a unique breed of consumer that is extremely loyal. Victoria’s Secret is an intimates industry leader because of the consumer culture they have nurtured, and the way they bring passion back to the shopping equation.” 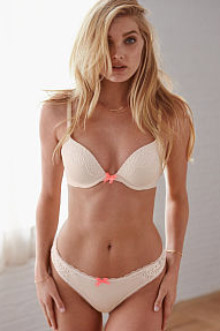 The high level of loyalty makes it more difficult for competing retailers to win back market share lost to the chain.

VICTORIA’S SECRET: start-ups in India to be helped