Home | Others | WOLFORD: first half results mark return to profit

LUXURY hosiery and bodywear brand Wolford declared first half results that showed a return into the black for the first time since 2011/12. Although sales dipped by 2.9 per cent to EUR 72.63m, adjusted EBIT rose to EUR 3.17m from -2.3m a year earlier while earnings after tax rose to EUR 1.38m against a loss of EUR 1.96m a year earlier. Management confirmed the objective of a positive EBIT for the full year 2014/15. The evolution of revenues differed substantially by region, partly as a result of store closures. Sales declined in Germany (-5 per cent), the USA (-7 per cent), France (-6 per cent) and Central as well as Eastern Europe (-19 per cent) as a result of the Ukraine crisis. Strong gains were recorded in Italy (+11 per cent) and Spain (+15 per cent). In Asia, like-for-like growth by Wolford stores contributed to a 10 per cent sales increase. 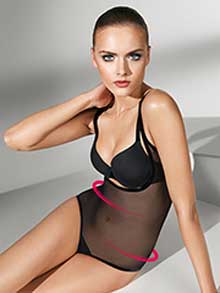 It is clear that the business is operating much more efficiently than it did in the recent past and this promises further profitable growth in the coming months and years.