Home | Others | WOLFORD: sales rose strongly in first half

FIRST half results of luxury legwear and bodywear brand Wolford showed that sales rose by 9.1 per cent year-on-year, to EUR 79.24m, but much of the increase was due to exchange rate fluctuations. When adjusted for currency effects, sales rose by only 3.1 per cent. Revenue generated by owned stores rose by more than 7 per cent and online sales were 63.9 per cent higher. Revenue generated by wholesale operations rose by 5.2 per cent as a result of changed delivery dates. Except for Austria and Germany, sales in all core markets evolved positively, with double-digit revenue increases recorded in the USA, the UK and some Asian markets. Wolford said that since its first half year was traditionally its weakest period, it could reaffirm its forecast of positive full year results. 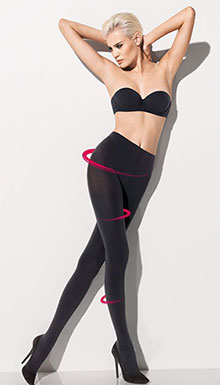 The policies being implemented by a new CEO appointed earlier in 2015 appear to be moving the company onto the right lines.