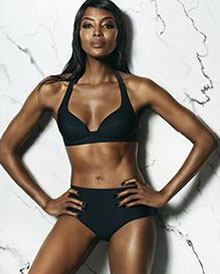 Promoting the capsule with Naomi Campbell could prove risky since consumers of her generation might be discouraged from buying the garments after comparing their body with that of the late 1980s supermodel.