AS PART of its efforts to turnaround the business, Billabong withdrew from two online stores said not to be part of its core business. It disposed of 51 per cent of its stake in Surfstich.com in Australia and of the whole of its stake in Swell.com in the USA. The sales are expected to produce revenue of AUD 35m. Both the stores will remain wholesale customers of Billabong. Later, the Australian distributor of surfwear and related products announced that its loss in full year 2013/14 had been considerably reduced, to AUD 233.7m from AUD 859.5m a year earlier. 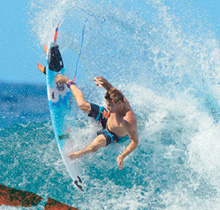 It appears that the Billabong supply chain performs better than its retail distribution network.