UNDER the terms of a licence deal announced in October last year, Delta Galil launched at the Project Show in Las Vegas last week its first collection of men’s underwear under the Lacoste label. The US launch is being followed by the collection’s debut in France, Canada, the UK, Ireland, Germany and Austria, for retailing in S/S 2015. Since it was first announced, the collection has been accepted not only by leading independents but also by major department store chains in the US and Europe. These include Nordstromand Bloomingdale’s in the US, House of Fraser in the UK, Kaufhof in Germany and Galeries Lafayette in France. Linking with the history of the label, the collection will also be retailed by top tennis clubs. 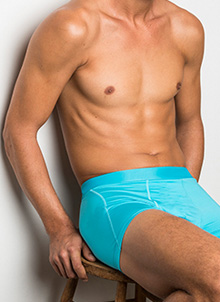 Polo shirts bearing crocodile labels rank high among the most counterfeited products worldwide, reflecting the exceptional desirability of the brand. Because it is less visible, underwear is not expected to suffer the same fate, but it could well enjoy comparable desirability.