LESS than five months after his appointment to the Board as CEO of Huber Holding, the Austrian underwear manufacturer and fabric supplier, Micha Siebenhandl resigned from the post. In a letter to the group’s staff, he explains that his decision was prompted by disagreement relating to his strategy for the future development of the business. His predecessor as CEO, Mathias Boenke, resigned for similar reasons in March 2013. 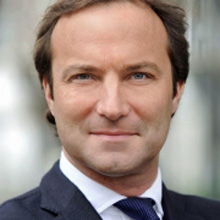