Home | Others | AMERICAN APPAREL: for sale to highest bidder

FOLLOWING its filing for bankruptcy in November 2016, American Apparel told its employees that bids for the acquisition of the company would close on 12 January 2017. Currently, the highest bid of USD 66m has been made by Gildan Activewear in Canada but does not include American Apparel’s 110 stores in the US or the 83 others elsewhere. 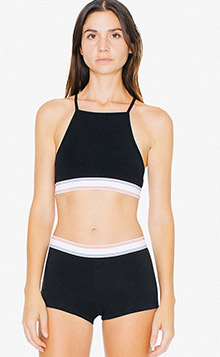 Whether other bids are to be made for the complete business, including its retail activities, remains to be seen.