FRENCH lingerie brand Aubade, which is operated by Calida of Switzerland, announced the launch of a new range of lingerie in larger cup sizes, including two new cup shapes. Labelled Aubade à l’Amour, the new line is being prepared for the A/W 2016/17 consumer season and will comprise 11 pieces including a garter belt and babydoll. It will have its official première at the Paris S.I.L. in January and is intended to promote the brand in export markets. The label also announced that is is preparing to launch a line of swimwear for S/S 2017. 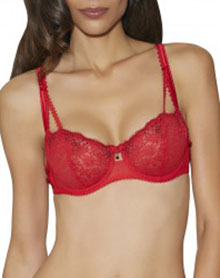 Together with the sexy image projected by its advertising, the brand’s French label could well prove a powerful draw in most major world markets.