Home | Others | CALZEDONIA: first stores to open in USA

TO MARK its 30th anniversary, Italian distribution group Calzedonia announced the opening of its first store in the US in December 2016. The Intimissimi lingerie store in New York is to be followed by a Calzedonia store there early in 2017. 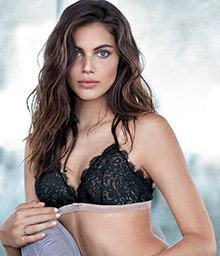 Active in 42 countries, the group sells its products through 4’025 stores worldwide, including 1’583 in Italy.