SEVERAL parties are reported to be bidding for the failed Courtaulds business in the UK, which ceased production in the last few days. The company, which produces Pretty Polly tights as well as other garments for local distribution groups, was a major supplier to the BHS retail chain that went into administration earlier in May 2016. 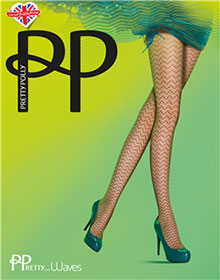 Courtaulds has suffered declining sales and reduced viability for some time and a possible turnaround will require extensive restructuring of its operations as well as substantial investments.