DUTCH legwear brand Dobotex said that the expansion of its logistic facility, which has been doubled to 34’000m2, would become operational on 9 May 2016 although the official opening ceremony will not take place until October. Now a subsidiary of the Puma Group, Dobotex also produces bodywear under licence for Puma and Levi’s as well as legwear for Tommy Hilfiger. 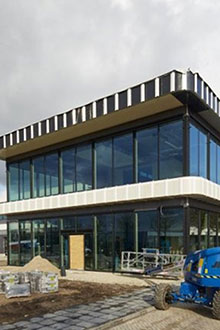 The expansion is expected to allow the company to increase the scale of its operations.