TROUBLED US lingerie distributor Frederick’s of Hollywood revealed that film actress Megan Fox had acquired an interest in the business and would be the brand’s spokesperson in the future. At the same time, CEO Jamie Salter said that the company planned to broaden its assortment to include more loungewear and activewear to complement its traditional offering of sexy lingerie. 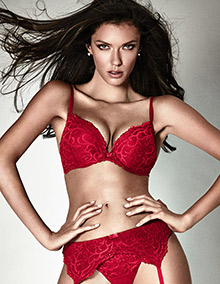 To be successful, the new approach will involve the creation of a new image for the brand; an evolution which will require more than a single season.