Summary of news published since Week 50-2016

REPORTED here this week, the news that the Cortefiel group is moving into India marks an important milestone in the evolution of the global intimate apparel industry. The arrival in India of the Women’Secret retail chain promises to provide a major boost to the expansion there of the branded lingerie business and will spur growth not only of local brands but, in time, also of other imported labels. The resulting expansion of the Indian branded lingerie sector will help to create a virtuous circle of higher consumption spurred by broader distribution and supported by greater consumer awareness of the fashion element applied to underwear. Because India ranks with China among the world’s largest consumer markets, this provides a very positive note on which to end the current year and start on 2017.

BECAUSE business activity in Europe, the US and many other countries is much reduced during the end of year festive season, this issue of the SIBILintimate newsletter is the last to be published and circulated in 2016. Publication is to be resumed on Monday 9 January with the first issue of 2017.

ACCORDING to the 2016 edition of the Global Market Review of Lingerie, the world market is worth a total of USD 29.4bn, with Europe having the largest share of USD 11.67bn, followed by North America with USD 7.93bn; together the two regions account for 66.3 per cent of total world consumption. The percentage share held by Asia is 20.4 per cent and the rest of the world, including South America, accounts for 13.3 per cent. 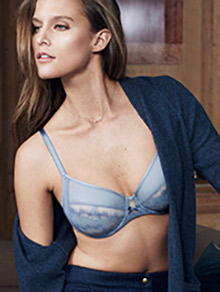 As sales of branded merchandise continue to expand in Asia, that region is likely to account for a rapidly increasing proportion of world sales during the coming years.

CLOTHING brand Kathy Ireland said that it has extended to 2023 the intimates and sleepwear licence it granted to PPI Apparel Group in 2012. At the same time, it revealed that the collection generated sales of USD 100m in its latest fiscal year. 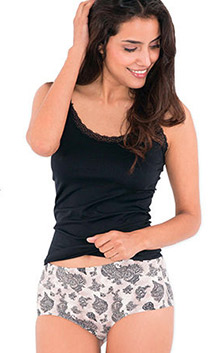 The growth record to date suggests that substantial further sales expansion can be expected in the coming years.

AFTER having designed lingerie for the collection of specialist retail chain Hunkemöller, Dutch model Sylvie Meis is launching a range of underwear and beachwear under her own label Sylvie Flirty Lingerie. 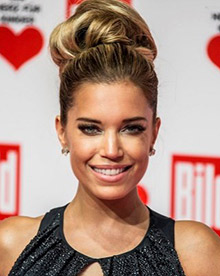 Unless it is adopted by another international retail chain, the new collection is unlikely to generate the volume of sales achieved by the range that was marketed by the Dutch distribution group.

CANADA-based underwear brand Saxx announced that it has secured significant funding from private equity investment concern Brentwood Associates. Saxx CEO Tim Bartels commented: “With a nearly USD 50m cash infusion from Brentwood, we are eager to build upon SAXX’s strong foundation and continue to fuel our core growth strategies, ultimately providing greater value and variety for our customers. Our new product pipeline is robust, and the support and enthusiasm from our customers has never been higher.” 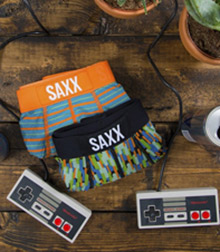 Part of the cash injection is to be devoted to enhancing the brand’s digital presence, which promises to boost sales significantly.

FOLLOWING an agreement concluded with local distributor Tablez Retail, leading Spanish distribution group Cortefiel is to enter the Indian market. Chains to start expanding there include the Women’Secret lingerie brand, which plans to open its first Indian store in 2017. By 2022, the chain expects to have opened some 60 stores in India. 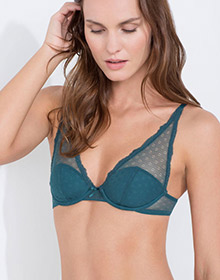 The arrival in India of a powerful European retail brand promises to hasten the development of the lingerie market there.

MAJOR Swiss underwear and sleepwear brand Calida announced the resignation of Andreas Söffker from the post of Head of Wholesale, which he had held since September 2015. According to the LinkedIn website, Söffker is now Managing Director of the Falke hosiery knitting concern.

THE ORGANIZERS of the SIUF trade fair, UK-based Tarsus Group that claims the event is the most influential lingerie fair in Asia, said that the 2017 edition to be staged on 19 to 21 April 2017 will be the largest yet. The event will place a special focus on the new international hall and will cover the entire supply chain from raw materials and fabrics through to brands. The 11th edition in 2016 featured 825 exhibitors and attracted 105’600 visitors from 27 countries. 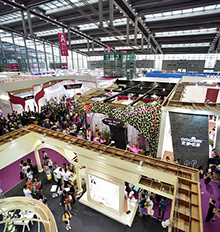 The growth of the event merits the attention of potential exhibitors as well as of professional visitors.