THE FIFTH edition of India’s largest sourcing show for intimate apparel professionals, Galleria Intima that will be staged in New Delhi on 5 and 6 August 2016, is expected to raise by 50 per cent the number of its exhibitors from other countries, featuring exhibitors from 15 nations. The number of trade visitors attending the show is also expected to rise, exceeding 2’000 for the first time. The show will feature the full range of intimate apparel production supplies and services, from fibres to packaging, and it expects to attract visitors representing over 1’000 intimate apparel brands from India alone, besides many more from other countries. 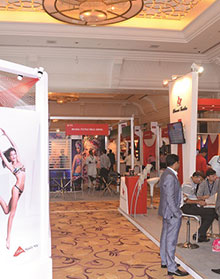 The event is now firmly established as a major forum for production supplies and services not only for India but also for the whole of Asia.