ACCORDING to environmental group Friends of the Earth Germany, only one in nine of the swimwear pieces for children it tested were found free of potentially harmful chemicals. The group claimed that supervision by official bodies was insufficient to ensure total safety of products. The relevant trade association said that the group applied its own test standards, which were more stringent than the official standards that were being met by importers and brands. 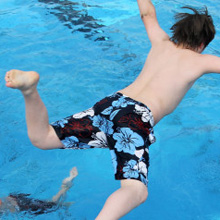 Everywhere in Europe, there is some evidence that the lobbies of volume distributors have succeeded in prompting governments to adopt less than totally effective standards, or less effective implementation of regulations.